Identify the differences between wasps, hornets, bees and more

Not everything that buzzes is a pest!

Everything that buzzes around your garden is potentially a pollinator. These fascinating insects are incredibly useful; not just in the garden, but also in agriculture, with many crops dependent on pollination. 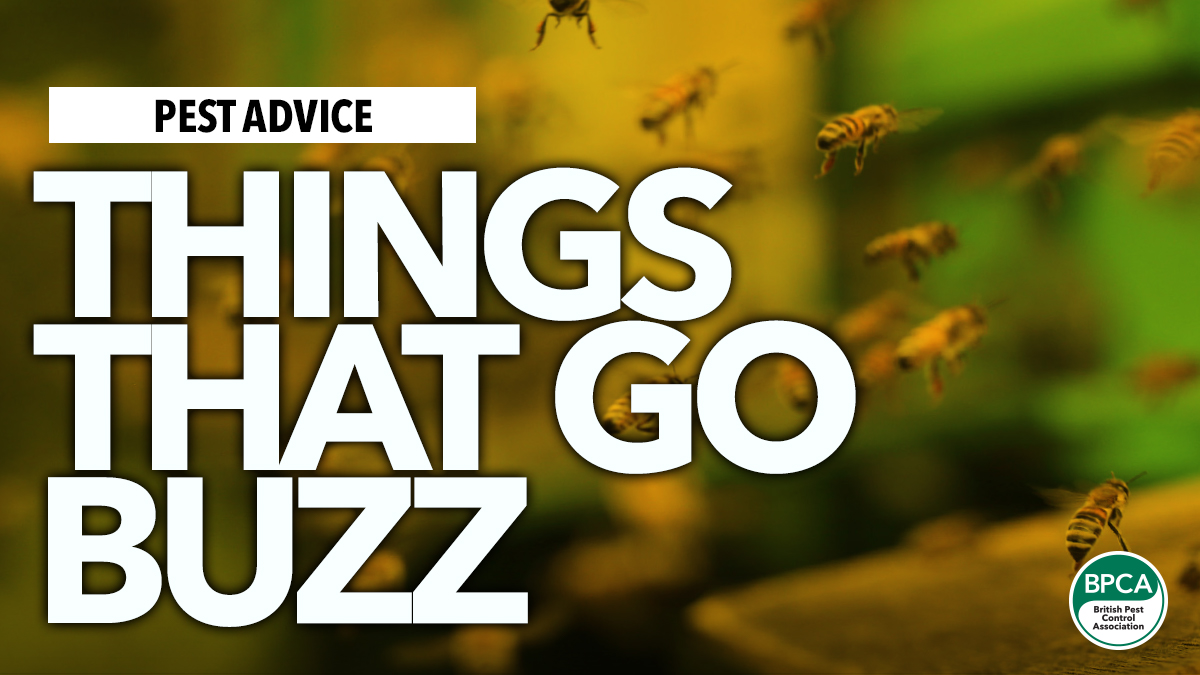 There are thousands of species of buzzing insects, and the majority are not classed as a pest. And while you might see headlines about the ‘murder hornet’ you’re almost definitely not going to see one in your back garden.

But some wasps and hornets can be a public health risk if they are in the wrong place. This handy guide helps you identify if your buzzing visitors are a pest and whether you should call in professional help. 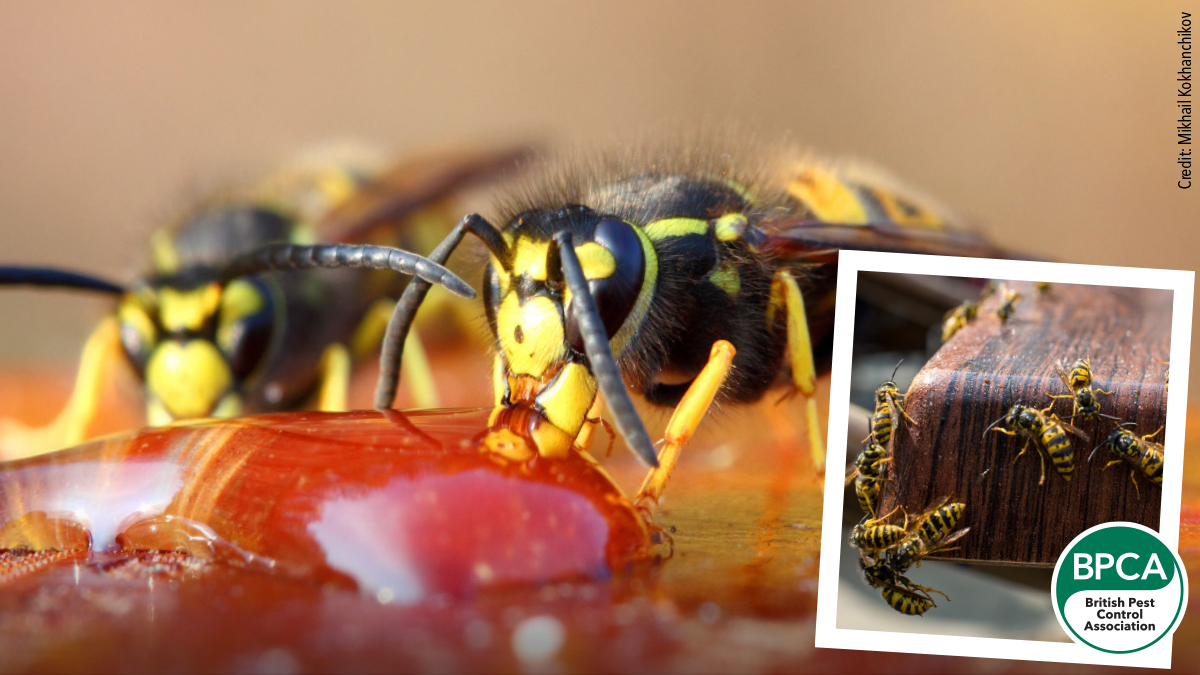 Treating a wasp nest can be very dangerous. Wasps inside the nest will feel threatened and often become aggressive.

This could cause them to sting you and others as they defend their nest resulting in multiple stings. Unlike bees, wasps do not die after one sting, they can, and will, sting you quite a few times!

These two species are almost identical, but you can tell them apart by their facial and thorax markings. Common wasps generally have an ‘anchor’ shaped black marking on the front of their face, while German wasps have either an incomplete version of this, or three distinctive black dots on yellow.

Both species are social and have a single queen who produces 3,000 to 8,000 workers. They make football-sized nests in the ground or in roofs and trees, which they abandon after the summer and don’t return to the following year. 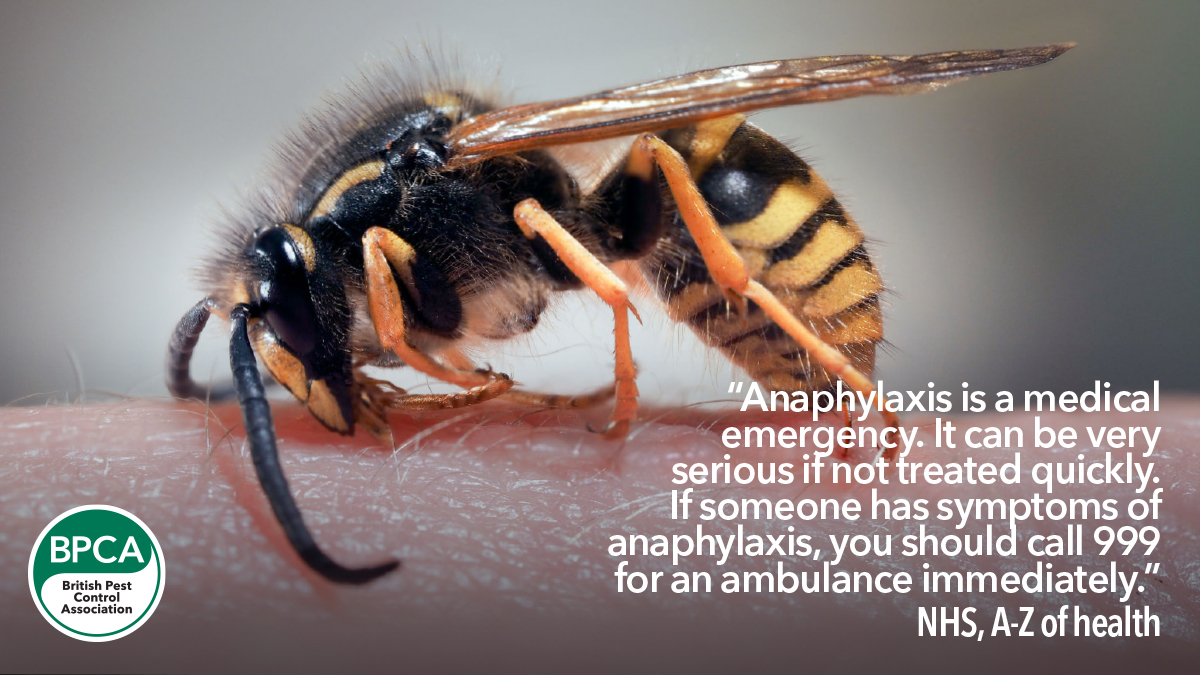 Wasps will usually only attack a person if they feel threatened – and may call for back up! Wasps can emit a pheromone that sends nearby colony members into a defensive, stinging frenzy. Wasp stings are at best painful, and at worst fatal – they can send you into anaphylaxis. Wasps should only be treated if they pose a risk to public health and safety.

Wasps have the potential to hurt you if their nest is disturbed. That’s why we can only recommend using a properly trained and qualified BPCA member company.

They have the expertise and equipment to do the job safely.

If you need further help with identifying a buzzing insect, you can contact a BPCA member near you.

You can find a BPCA member, local to you, using our Find a pest controller tool. 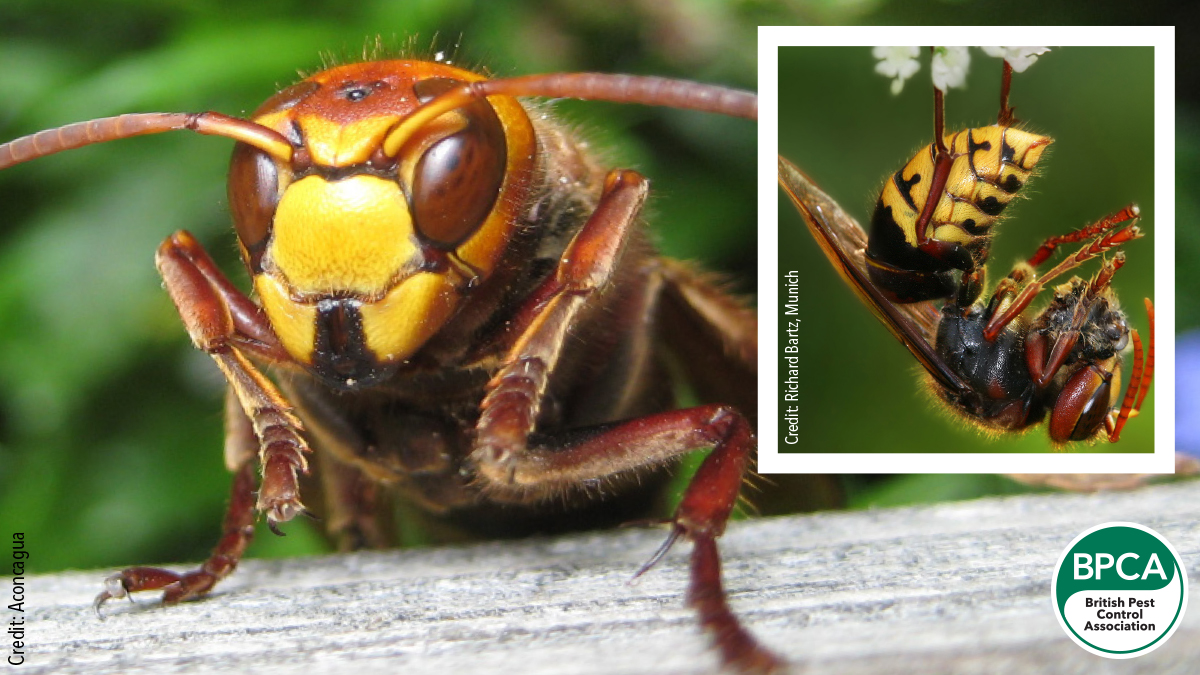 Twice the size of a wasp with brown and yellow markings, the European Hornet is not a common sight. They only occasionally enter houses so if there is increased hornet activity around your home or business, call a professional pest controller for advice. 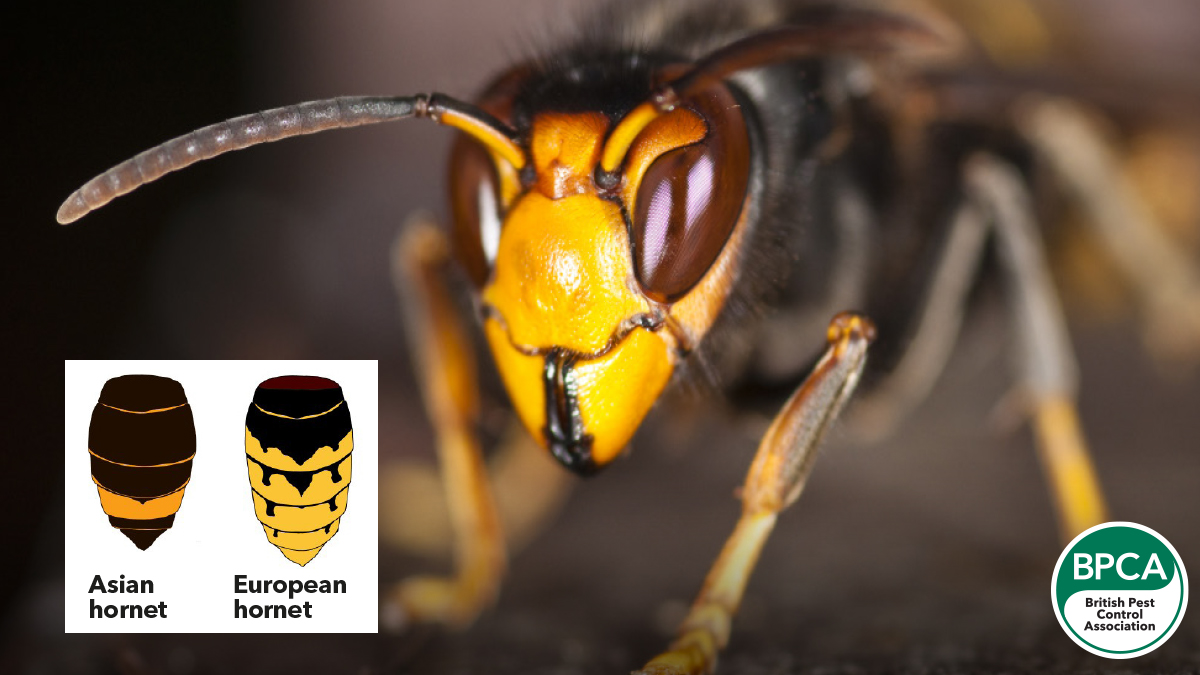 Black or dark brown, key features are a distinct yellow band at the rear, a fine, bright yellow ‘belt’ at the waist and a black head with orange or yellow face.

Asian hornets have been seen in Britain since 2016 and are an invasive predatory species that could have a devastating impact on British wildlife.

Asian hornets eat honeybees and if you spot one, it should be reported to the Department for Environment, Food and Rural Affairs (Defra) Non-native Species Secretariat immediately.

The Department is working with experienced pest professionals as it endeavours to eradicate Asian hornets in the UK. You can report a sighting by emailing: 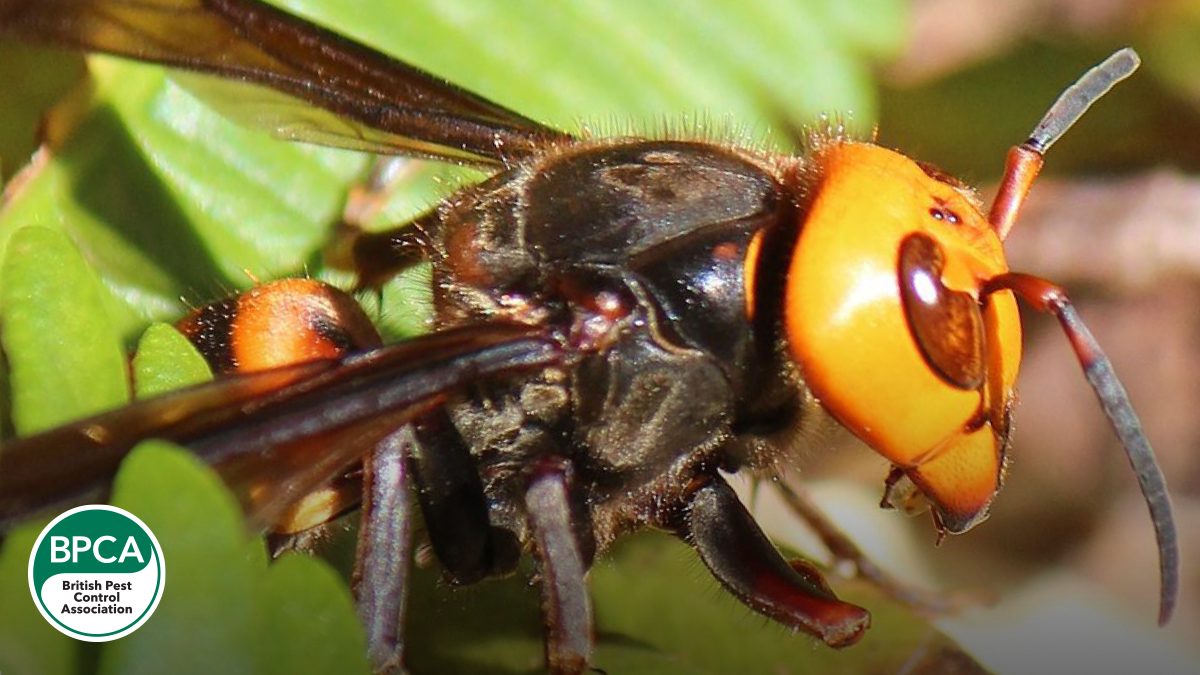 Giant Asian hornets have striking yellow heads, a black mid-section, and yellow and black or brown striped abdomen. Importantly – there have been no recorded sightings of Giant Asian hornets (also known as ‘murder hornets’) in the UK.

These predators are native to East Asia and Japan and have become infamous for decimating honeybee colonies. With the toxic venom that their large stingers deliver, the insect is responsible for an estimated 30 to 50 human deaths a year in Japan.

There are approximately 9,000 species of wasp in the UK, and most never come into conflict with humans! 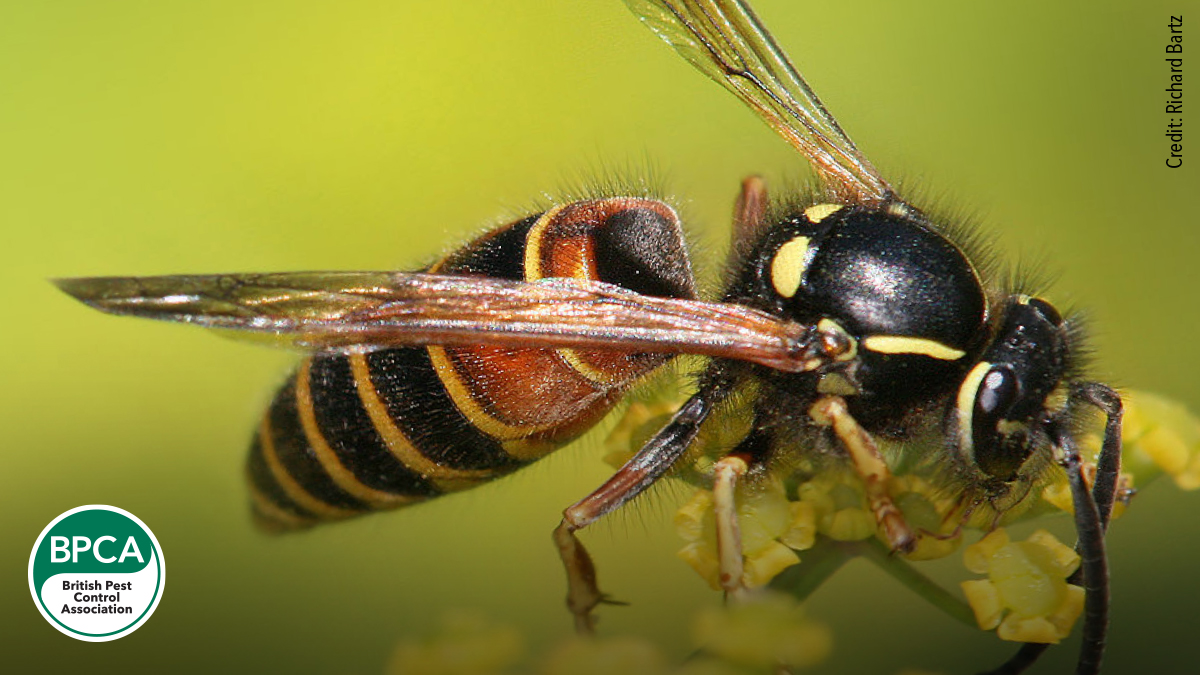 Red wasps can be identified by the red tinge on their abdomens. They are a social species that build small nests underground. A single queen will produce around 300 workers. 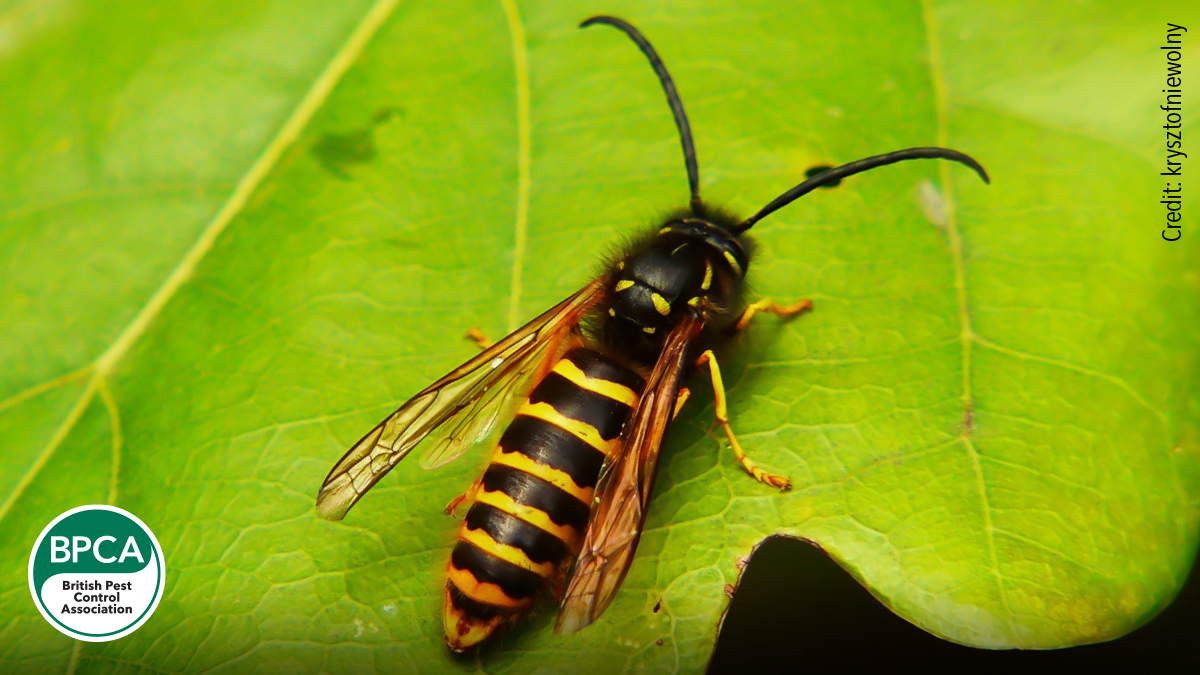 Can be spotted by the single yellow line running from behind the head to each wing.

They do not become violent unless their nest is threatened. 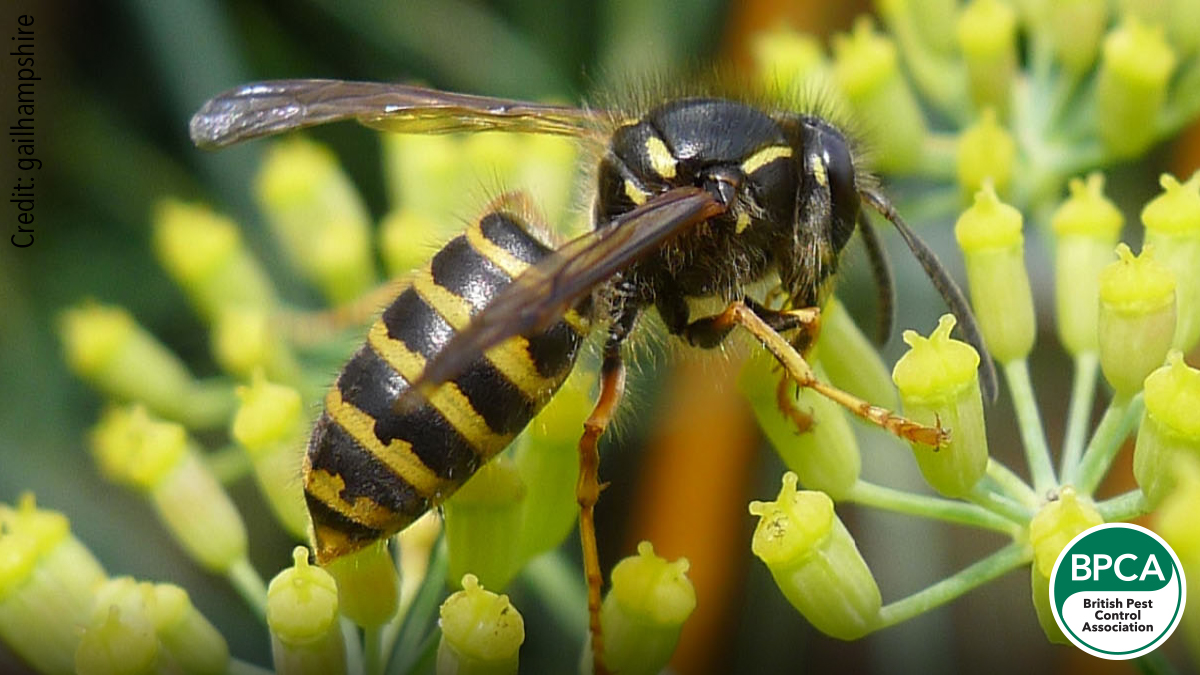 A medium-sized wasp with conspicuous long hairs on the face and head as well as a completely black mid-section. Not usually a problem around humans, with no interest in entering buildings or human food, it can sting if the nest is threatened. 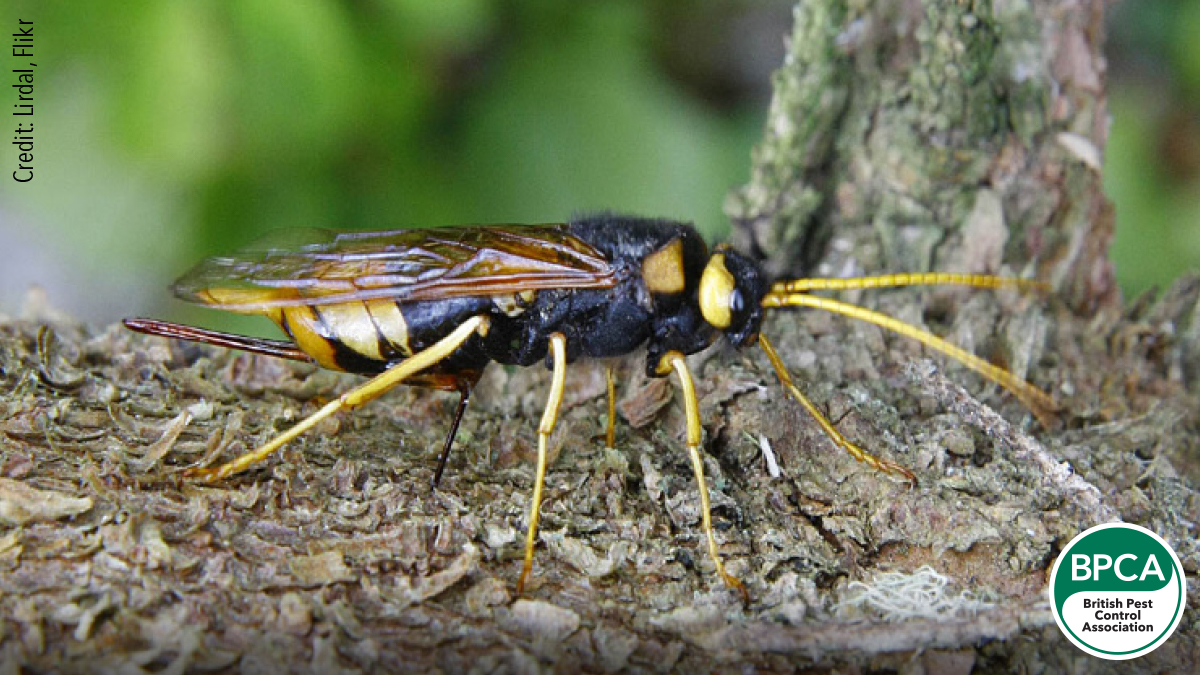 With yellow-and-black bands and a noticeably long stinger, the giant horntail or wood wasp looks like a large wasp, but is harmless to us.

The females lay eggs in pine trees, where the larvae develop for up to five years. This can result in the adults sometimes emerging from wood used for building or even furniture! 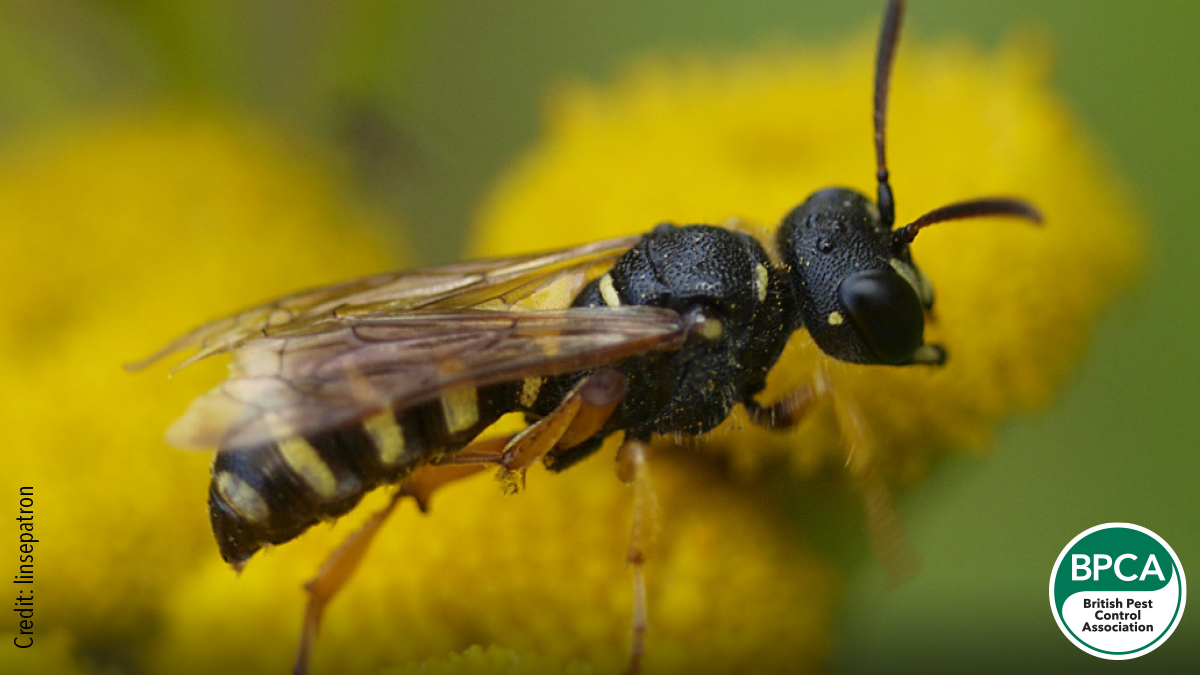 There are over 110 species of Digger wasp in Britain.

Female Digger wasps burrow into the ground when nesting. They tend to be thinner that common wasps, with bold markings. 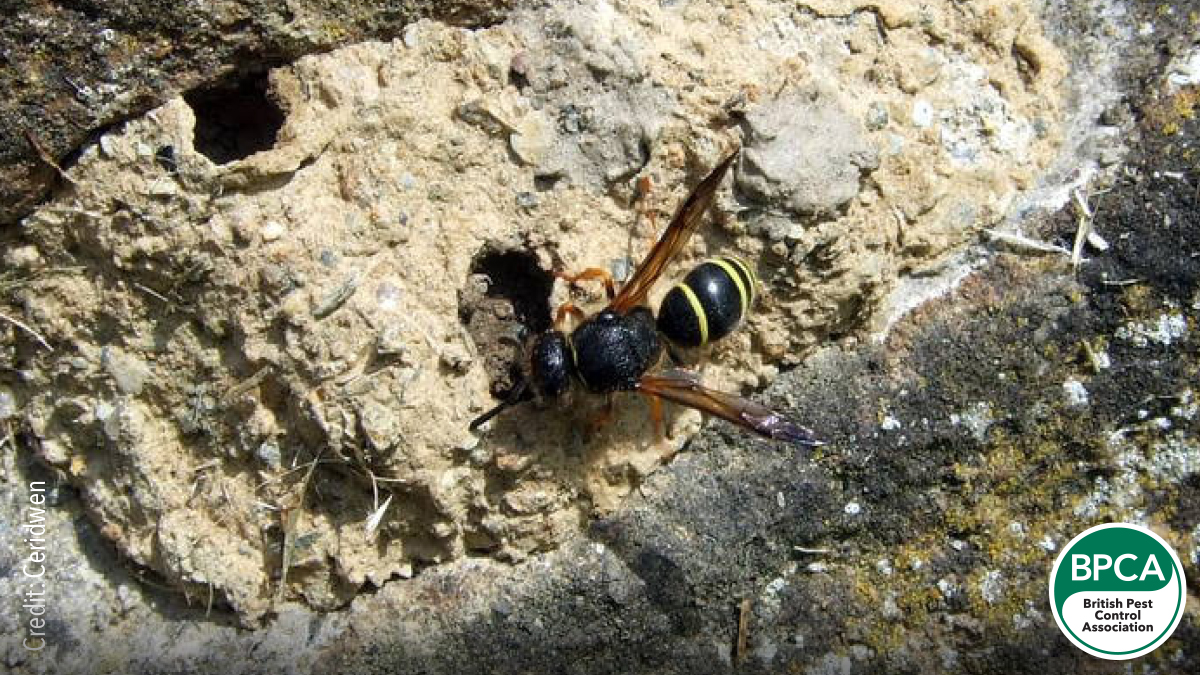 Mason wasps are large and mostly black and around 1/2 inch in size.

Mason wasps use cracks and holes in wood and abandoned beetle burrows for their nests. 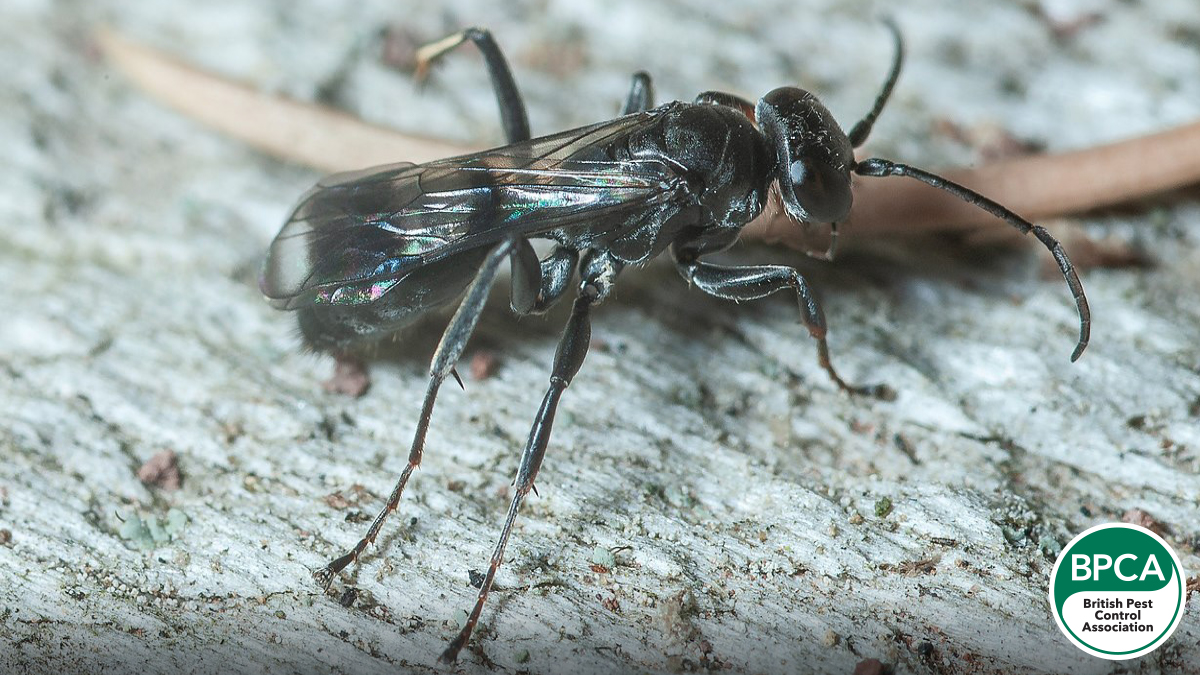 The slender body is usually dark; in many cases the wings are smoky or yellowish. Most can run rapidly on legs that are long and spiny.

They can inflict a very painful sting, but rarely sting humans unless threatened. 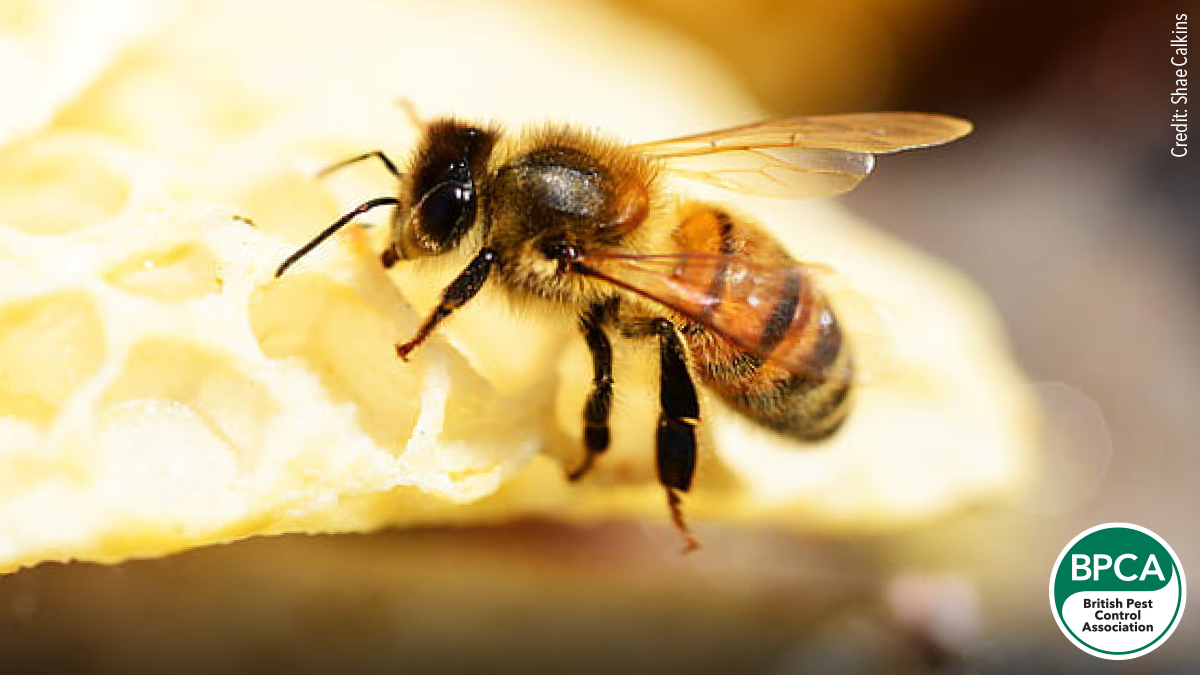 Providers of honey and almost universally viewed with affection in the UK.

They rarely present problems as pests. However, feral swarms can set up home in undesirable places such as chimneys and wall cavities.

Honey bees are small and vary in colour from golden brown to almost black.

If you believe you have a honeybee colony in your home contact a professional pest controller.

BPCA recommends live removal and re-homing of honeybees wherever possible, with lethal treatment only as a last resort.

If you discover a swarm near your home that has not moved on after a few days, you can contact a BPCA member or seek advice from a beekeeper.

Forget about honey for a minute – bees pollinate about a third of everything we eat!

Bumblebees are social insects; they live in a colony with a queen and her offspring (the workers). There are 25 types of Bumblebee in the UK. 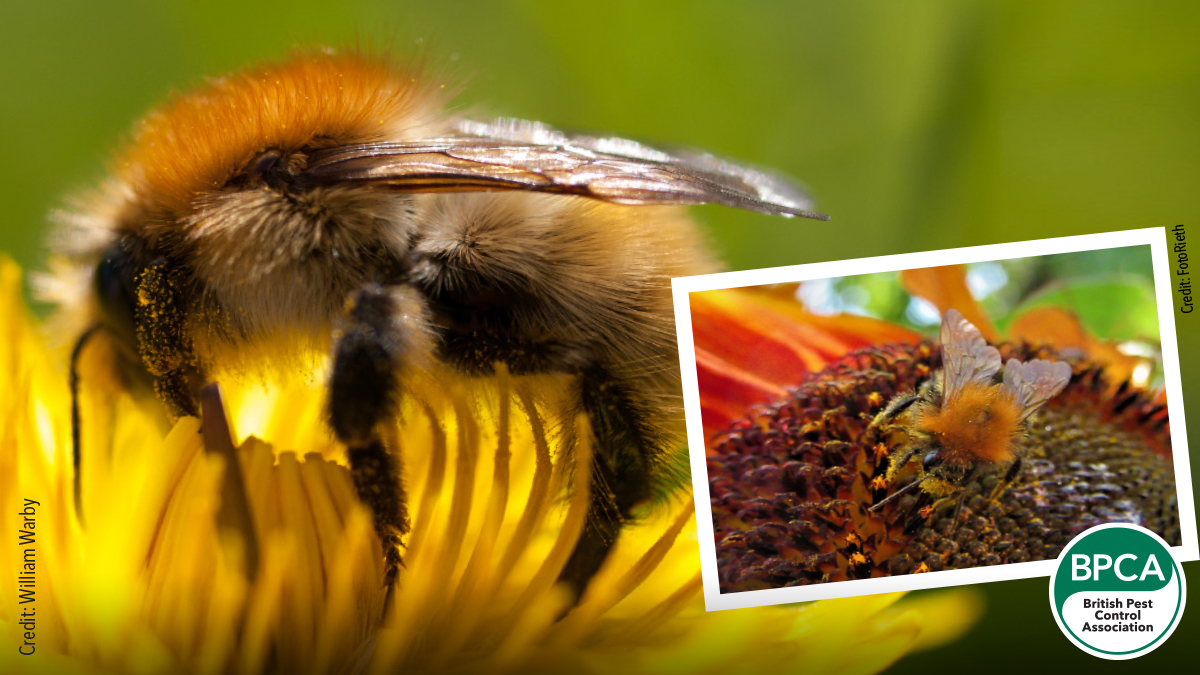 Found in many habitats including gardens, the Common Carder Bee is one of only three all-ginger species in the UK.

Males, workers and queens are ginger-brown all over with no clearly-delineated tail. Females usually have creamy-white sides to the thorax while males are often yellower, with more obvious facial hair tufts. 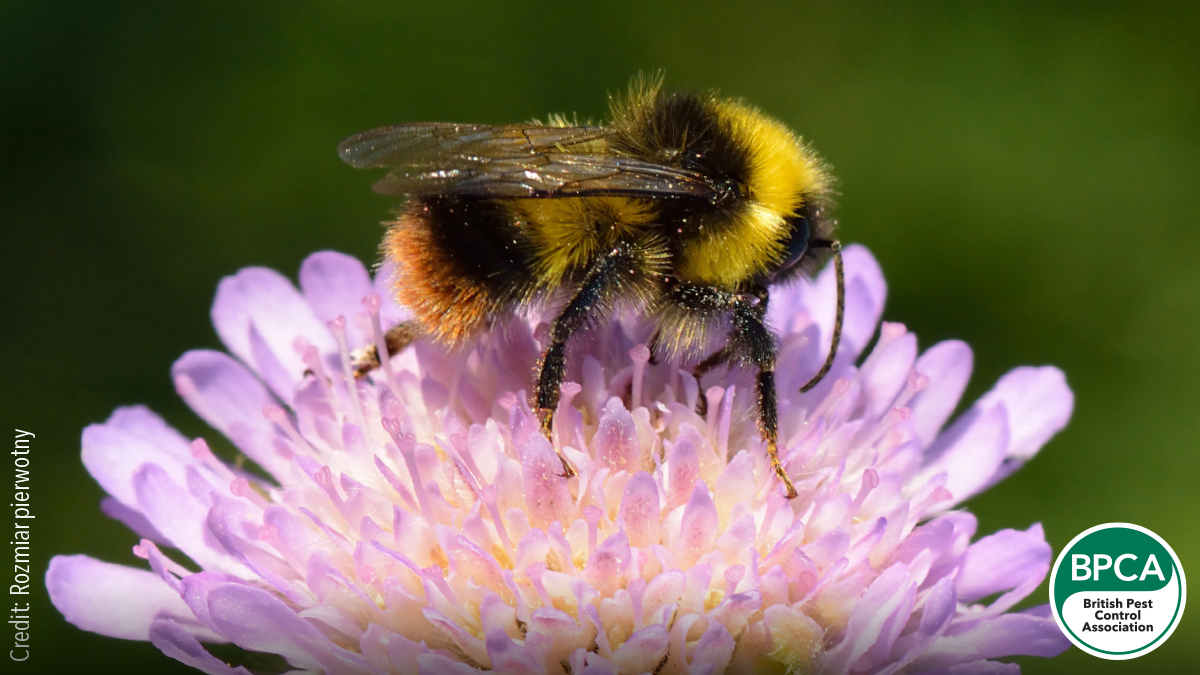 A small species, which can be seen as early as April or May, the Early Bumblebee has a red tail which varies in hue with the yellow abdominal stripe frequently less visible in workers. 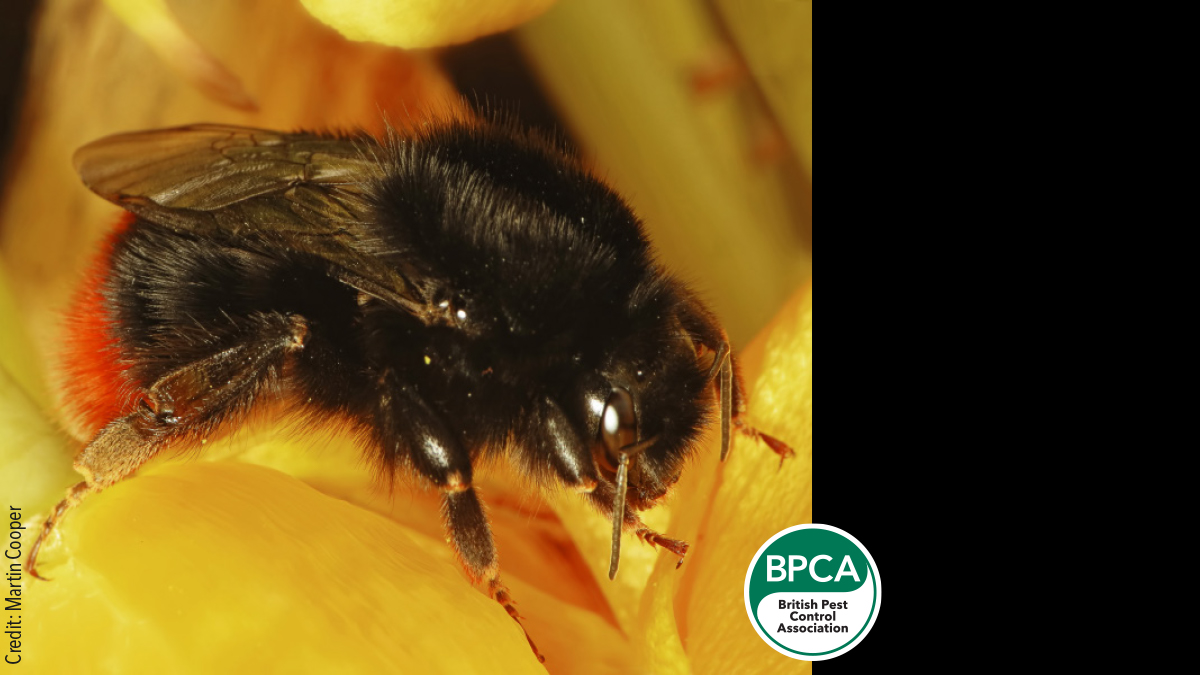 A common sight in the UK, queens and workers are jet-black, with a bright red tail covering up to 50% of the abdomen. 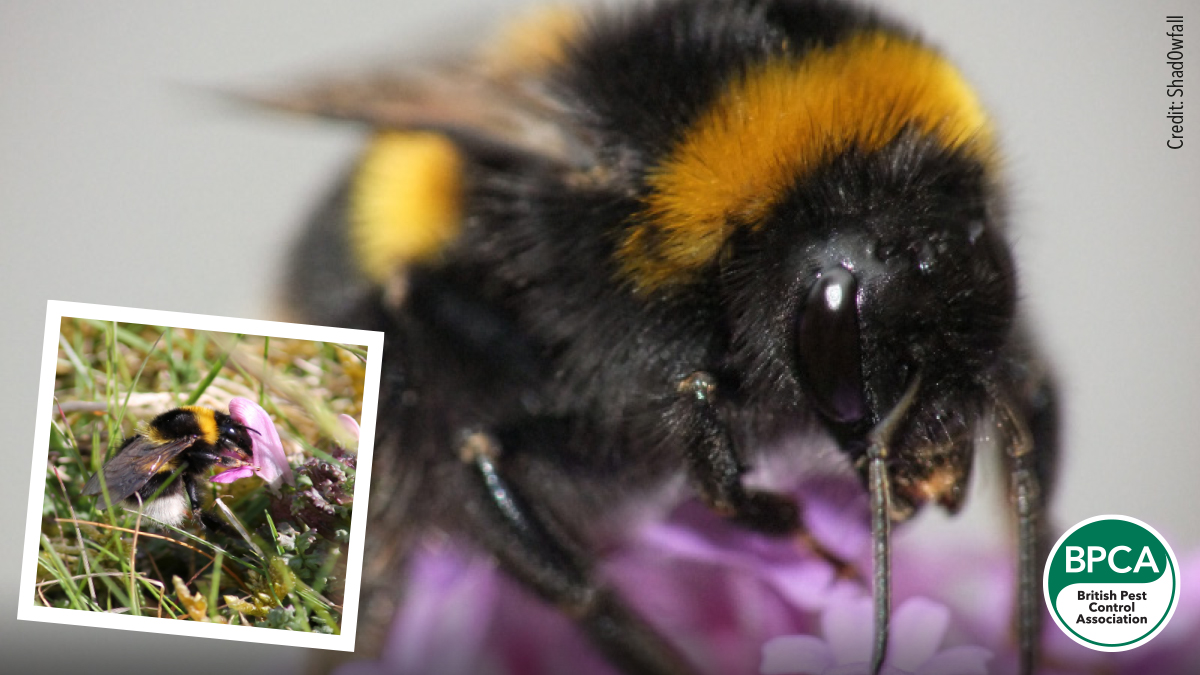 A widespread species, often found in gardens, where it is one of two common species found visiting foxgloves.

These bees have yellow-black-yellow black patterns with a pure white tail. 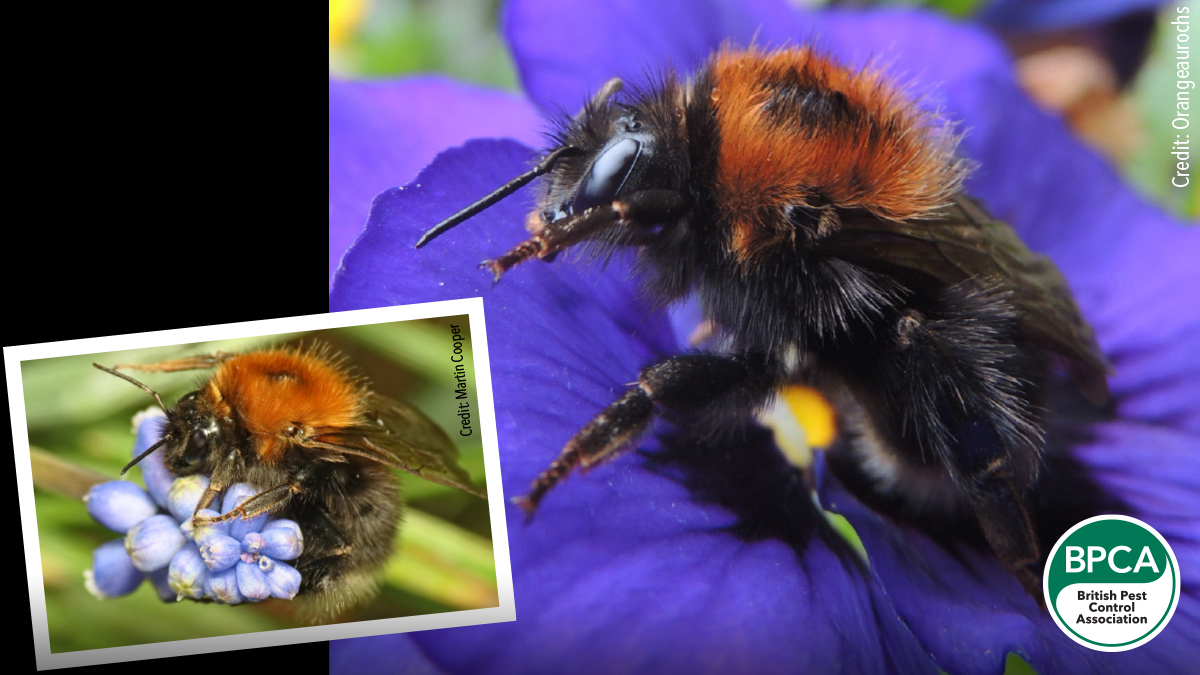 Found in gardens and woodlands across the UK despite only first arriving in the country in 2001.

The Tree Bumblebee is a very distinctive species, with a completely ginger-brown mid-section, black abdomen and white tail. 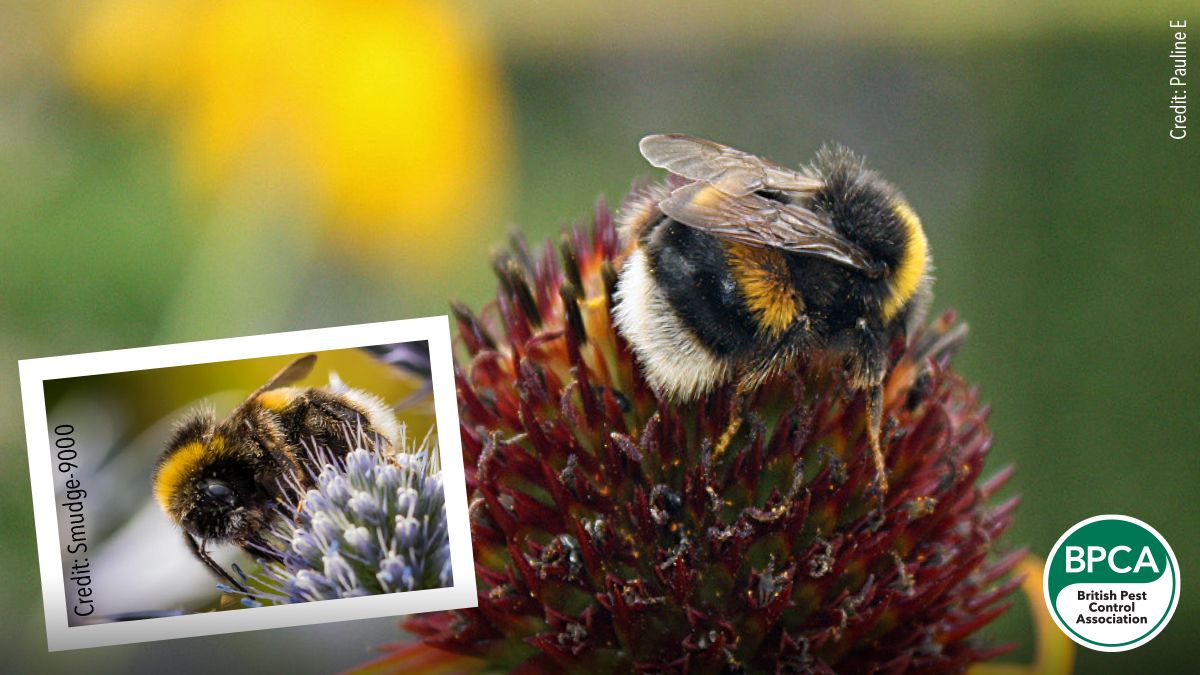 A typical black-and-yellow species found in habitats across the UK.

The species has a lemon-yellow collar behind the head, another bright yellow band in the middle and a pure white tail. Males have bright yellow facial hairs. 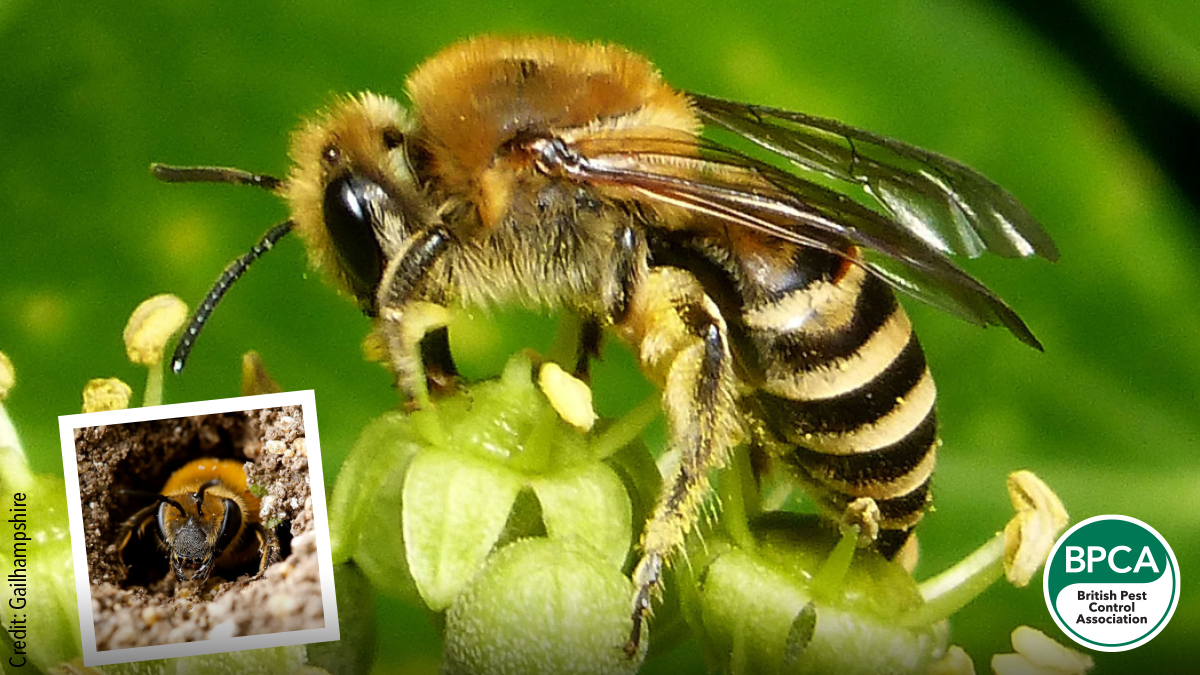 The Ivy Bee was first recorded here in 2001. It feeds on the nectar of ivy flowers and is mainly seen in autumn when the plant is in bloom. The Ivy Bee looks like a cross between a honey bee and a wasp, with an orangey-brown, hairy mid-section and distinct black and yellow stripes on its abdomen. 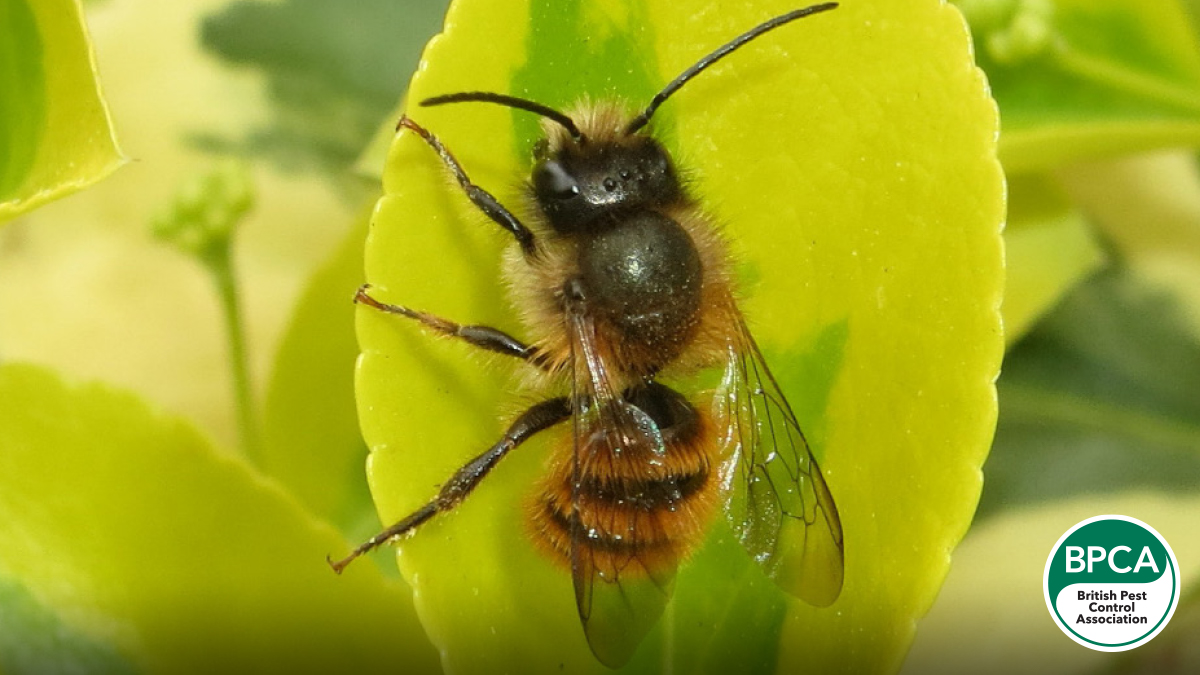 A common, gingery bee that may nest in the crumbling mortar of old walls, the Red Mason Bee is covered in thick gingery hair. Males have a white tuft of hair on their face. 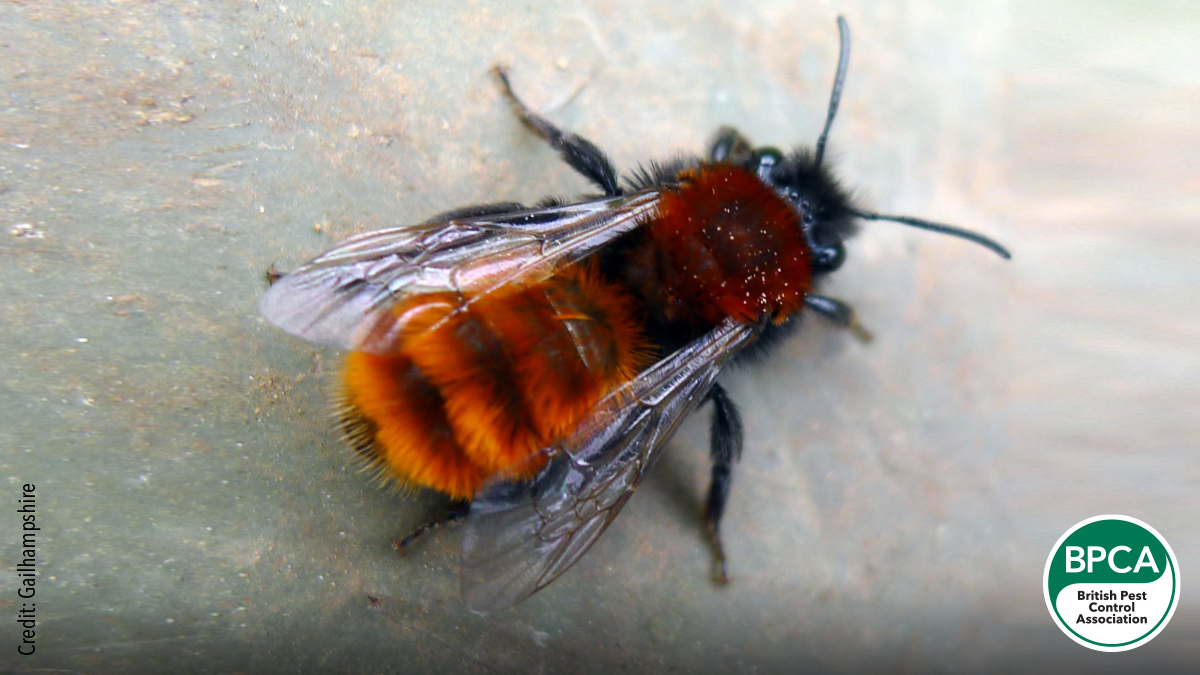 One of the most recognisable solitary spring-fliers, Tawny Mining Bees have dense orange/red hair across their mid-section and abdomen. They can be found nesting in urban environments and garden lawns. 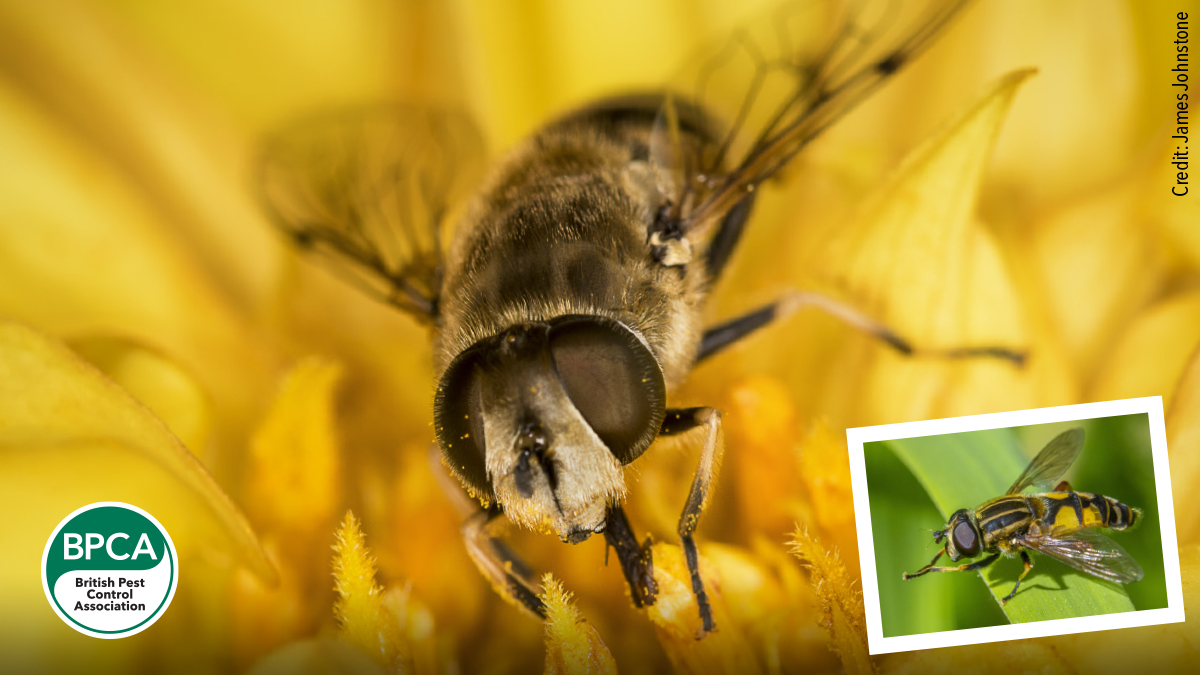 In Britain there are over 270 species of hoverfly.

The larger species are often brightly coloured and very common.

Many of these have ornate body patterns, often of black and yellow, said to mimic wasps and bees. However, they are harmless and do not sting.